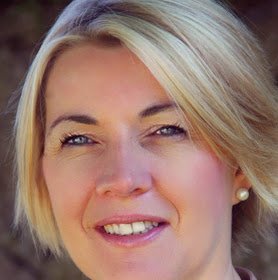 We are delighted to announce the appointment of Nicola Barrett as the founding Principal of Le Chéile Secondary School Ballincollig.

Nicola Barrett began her teaching career at St. Joseph’s College, Presentation Sisters, Lucan, Co. Dublin, as a German and Italian teacher. In 2003 she moved to Blackwater Community School, Lismore which was a new school, established as a result of an amalgamation of three schools in the area. While there, Nicola introduced German to the curriculum for students from 1 st to 6 th year and Italian to Transition Year and Leaving-Cert Applied students. She was also School Development Planning Secretary and Year Head.

While teaching in Blackwater Community School, Lismore, Nicola completed a Masters in Management of Education receiving a First Class Honours.

In 2015 Nicola was appointed Deputy Principal of Presentation Secondary School, Mitchelstown. In 2016 Nicola left Mitchelstown to become Principal of Presentation Secondary School, Ballyphehane, Cork. In the last five years, Nicola introduced many new initiatives, policies and procedures including a Positive Code of Behaviour which recognises and acknowledges the attitude and endeavour of each student and places a focus on what the student can achieve. She introduced a mentoring programme for exam students which gave them individual attention and care throughout their exam year. She oversaw a building works project, introduced an ASD class and sourced funding which saw an overhaul in the IT systems in the school.

Nicola is very much looking forward to joining the Le Chéile Team and taking on the role of Principal of Le Chéile Secondary School, Ballincollig.